Edward Gregson’s enduring relationship with two record labels - Chandos and Doyen, has been of immense importance to the composer in literally ‘tracking’ his orchestral and brass band creative development, as Nicola Bland discovered 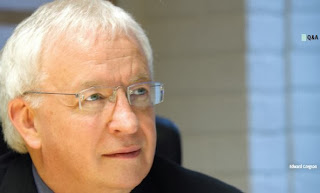 This is the fourth volume of your recorded output on the Chandos label - what was the original creative rationale for the series?

The project commenced in early 2001 when Ralph Couzens (MD of Chandos) and I discussed the possibility of recording a CD of my orchestral music, with particular reference to my concertos.
The first volume was duly recorded and released in 2003, the two main works being my clarinet and violin concertos (1994 and 2000 respectively) - the most substantial concertos I have written to date. However, my relationship with Chandos goes way back, a long way before.

In the late ‘70s and early ‘80s, the Company recorded (on vinyl of course) a number of my brass band works - in particular my Horn Concerto (1971) and Tuba Concerto (1976) in a classic recording with Ifor James and John Fletcher as soloists, a recording that is still available today in CD format. The creative rationale, as you have put it, was always, in my own mind at least, an on-going process of recording all of my concertos with orchestra - thankfully Ralph and the rest of the team at Chandos have been extremely supportive in achieving this.

How does the repertoire on this new recording compare with that on the other three recordings in terms of your personal creative style?

Well, that’s an interesting question because, from Volume 2 onwards, each CD has included concertos, which have spanned at least two decades of my output, so they have provided the listener with an interesting snapshot of my evolving style, from the early neo-classicism of the horn and tuba concertos to the more eclectic and symphonically developed violin and saxophone concertos.

The forthcoming volume continues that trend. I should add, however, that these CDs also contain my most important purely orchestral compositions, from my first work for orchestra written in 1968, to my most recent written in 2010, and can therefore also be regarded as a summary of my creative journey over a period of some 45 years.

How closely have you been involved with each of the recordings as the composer, and how have you impacted the final recordings, not withstanding your original music of course?

Well that’s also interesting as there have been different conductors and soloists for each CD, and
that has presented different challenges, but all very positive ones it must be said. I was present at each recording session and also had the opportunity to feed comments into the editing process, a luxury not always afforded to a composer! I’ve been very fortunate in the choice of soloists for the recordings, most of them are either soloists of international reputation or emerging ones with the same stamp of quality.

One of the great joys of being a composer of mature age, shall we say, is that I have had the pleasure of working with and getting to know so many fine musicians. That is a real privilege.

Can you tell us a little about the repertoire on Volume 4?

Volume 4 will be recorded in December, in the BBC Salford Studios with the BBC Philharmonic,
conducted by Bramwell Tovey. The repertoire is: Concerto for Orchestra (1983, revised 2000); Dream Song (2010); Aztec Dances - concerto for flute and ensemble (2013) - soloist Wissam Boustany; Horn Concerto (1971, orch. version 2013) - soloist Richard Watkins. With the exception of the Concerto for Orchestra, all will be première recordings. The release date will probably be the latter half of 2014, an ideal launch pad for my 70th year celebrations in 2015!

With that in mind, it is interesting to note that this CD will include both my first concerto and my most recent, albeit that the Horn Concerto of 1971 is in a new version for orchestra, only completed a few months ago.


You can read the full Q&A session exclusively in November edition Brass Band World Magazine. You can get a 25% discount when you subscribe using the PayPal button at the top of this page!
Posted by Brass Band World at 13:40