The Butlin¹s fund Brass for Mbale proved to be a great success at this year's Butlins Mineworkers National Open Brass Band Festival 2014, which took place in the Butlin¹s resort, Skegness on 17- 20 January 2014.

Through the generosity of the attending players and supporters, the initiative raised over £1,300.00 to help with the development of the revolutionary youth brass band project in Mbale, Uganda.
Following the fund¹s introduction at the 2013 Festival, this year has seen the Brass for Mbale fund gain significant momentum. The amount raised, through a variety of initiatives during the weekend, together with donations of instruments and donations all indicate a wider understanding of the
project in Mbale, and a greater appreciation of the immense opportunities it offers the 500+ young brass and percussion players across the district and within the Mbale Youth Brass Band itself, who will directly benefit from this additional support. Festival Director, Steve Walker, commented: ³It¹s been heart-warming to see the attending bands support this cause. Funds have been raised from general donations, participation in the ŒBlow for Mbale with Brett Baker's Graduation Band, sales from music sets of the Mbale March, entry into a prize draw and sales from branded leisurewear - it¹s been great to offer a variety of ways to engage the Festival attendees, and to help build awareness about the amazing difference their contributions will make to the youngsters associated with the youth brass band project being run by Philip Monk in Uganda.

"I am extremely grateful to the businesses who have also shown their support during the weekend, including ŒYour Logo Here for providing the official leisurewear, The Music Company for offering £200 worth of music for the prize draw - congratulations to the winner Bruce Harris of Enderby Band - and to Kirklees Music for donating the parts and sets of Mbale March, which featured in the Blow for Mbale event, conducted by its composer Peter Bray. We were also very grateful to World of Brass, which donated a full set of hymn books to the Mbale Youth Brass Band ­ a hymn collection that will
greatly expand their performance rehearsal repertoire."

Steve Walker continued: "Now that the fund has truly established itself, we will be developing further opportunities for bands and individuals to get involved ­ this is not only an annual fund-raising initiative, it¹s a fund that looks set to continue throughout the year and into the future. We will be developing our social media coverage and building a website with information about the project, outlining ways to get involved. It will also offer options for donations to be made, as well as an online shop where branded merchandise and Mbale March music sets can be purchased."

He concluded: "Brass for Mbale is an ideal opportunity for us all to really help these fellow brass band youngsters - they have to face so many daily challenges, but through our mutual interest in brass band music, we can make a huge difference to their future. This weekend has shown that UK brass
bands and their supporters are generous people with big hearts ­ let's keep this going and help build further awareness about the project, and the ways we can all be of help to this wonderful initiative
that brings so many positive aspects to so many young lives." 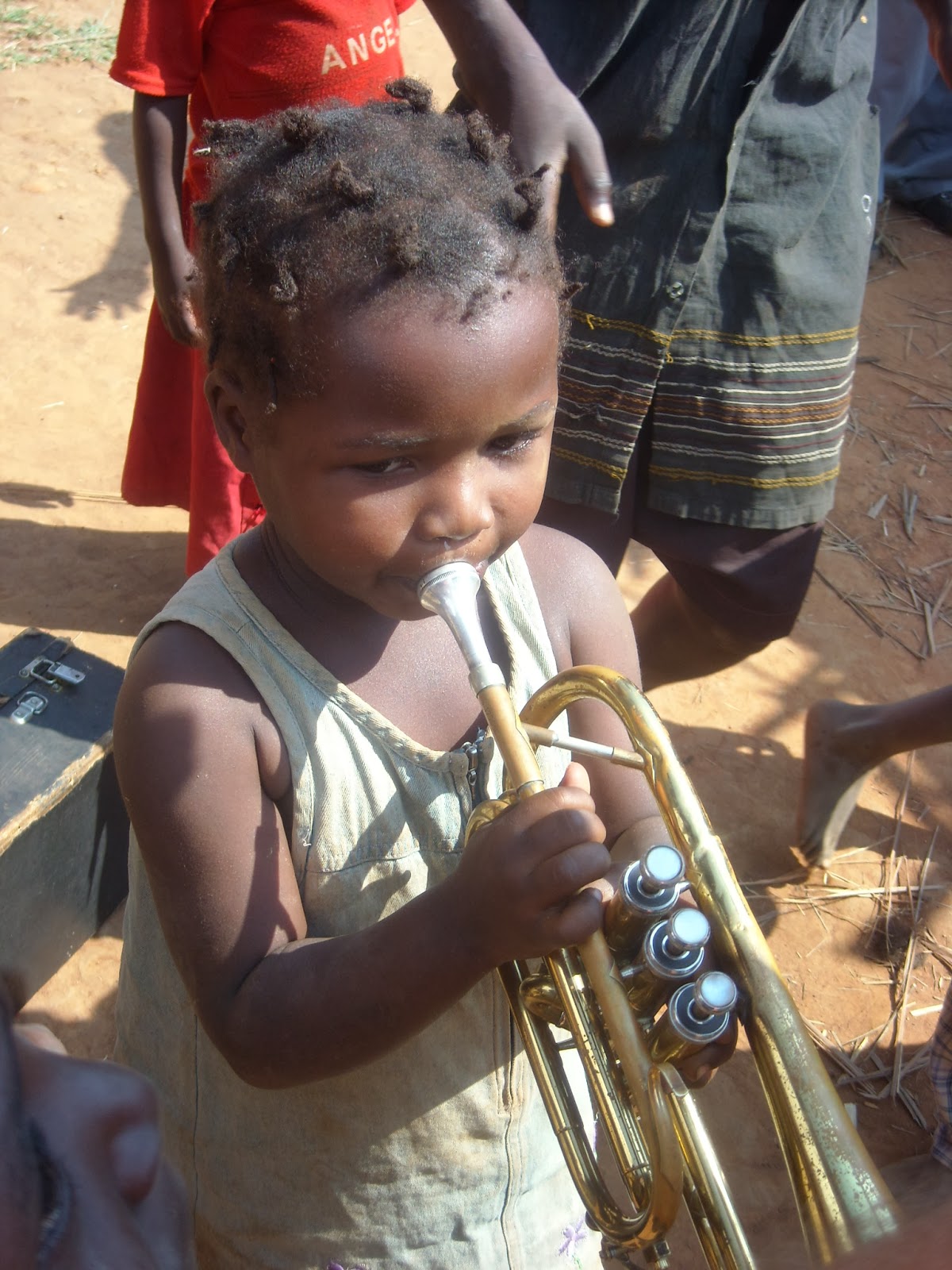