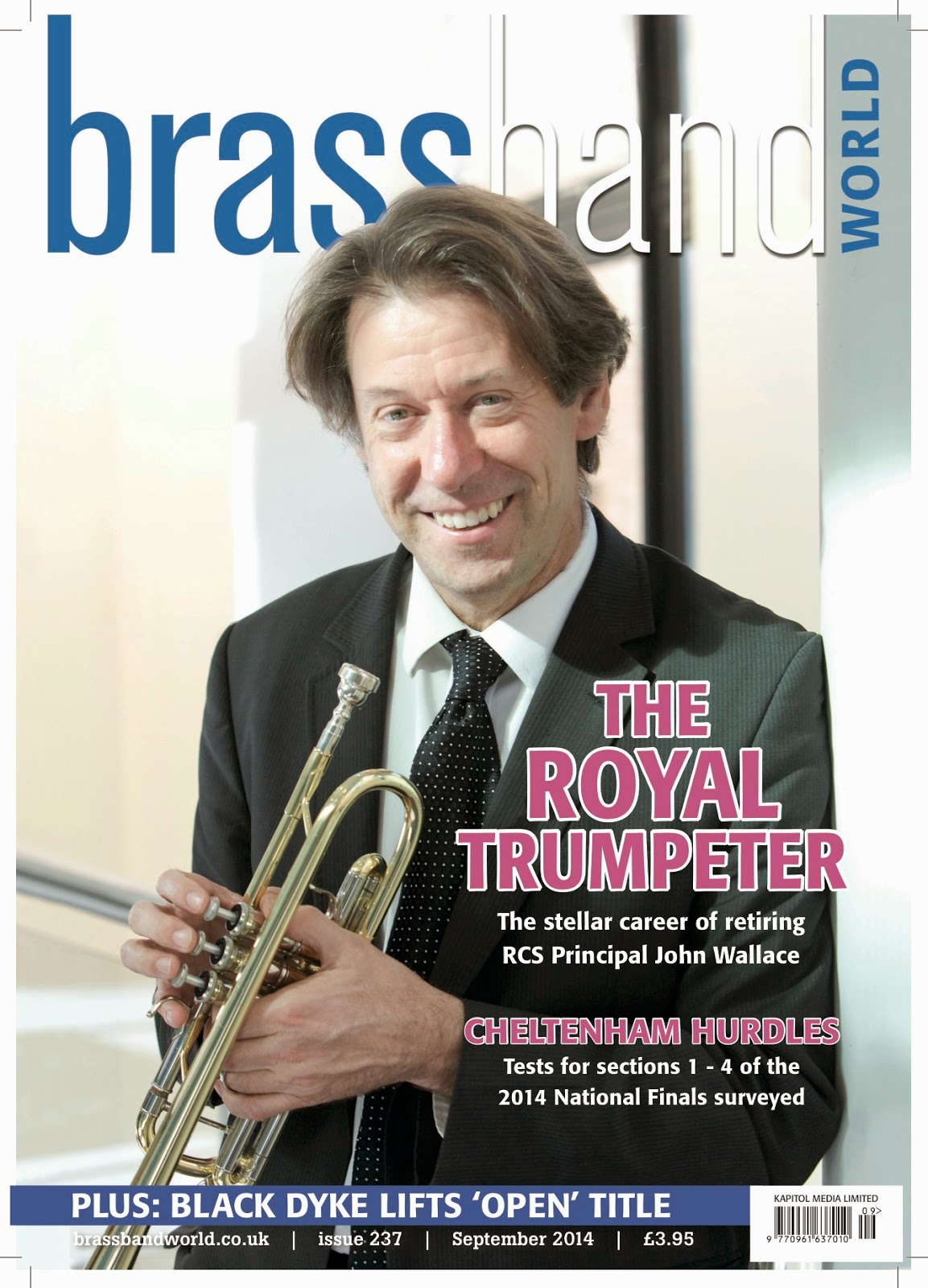 In this month's edition of Brass Band World:

Royal trumpeter, John Wallace, chats to Nigel Boddice about his stellar career and what the future holds as he retires as Principal of the Royal Conservatoire Scotland.

End of an era – Ipswich Charity concerts call time – Tim Mutum
Looks back on the highs and lows.

A4 Brass – the quartet that's wowing audiences and picking up awards!

Plus Rankings and Diary Dates – what's happening in the next month

DON'T MISS THE SEPTEMBER EDITION OF BRASS BAND WORLD
ORDER YOUR COPY NOW BY CLICKING HERE TO SUBSCRIBE ON PAY PAL AT OUR DISCOUNTED OFFER!
Posted by Brass Band World at 14:18