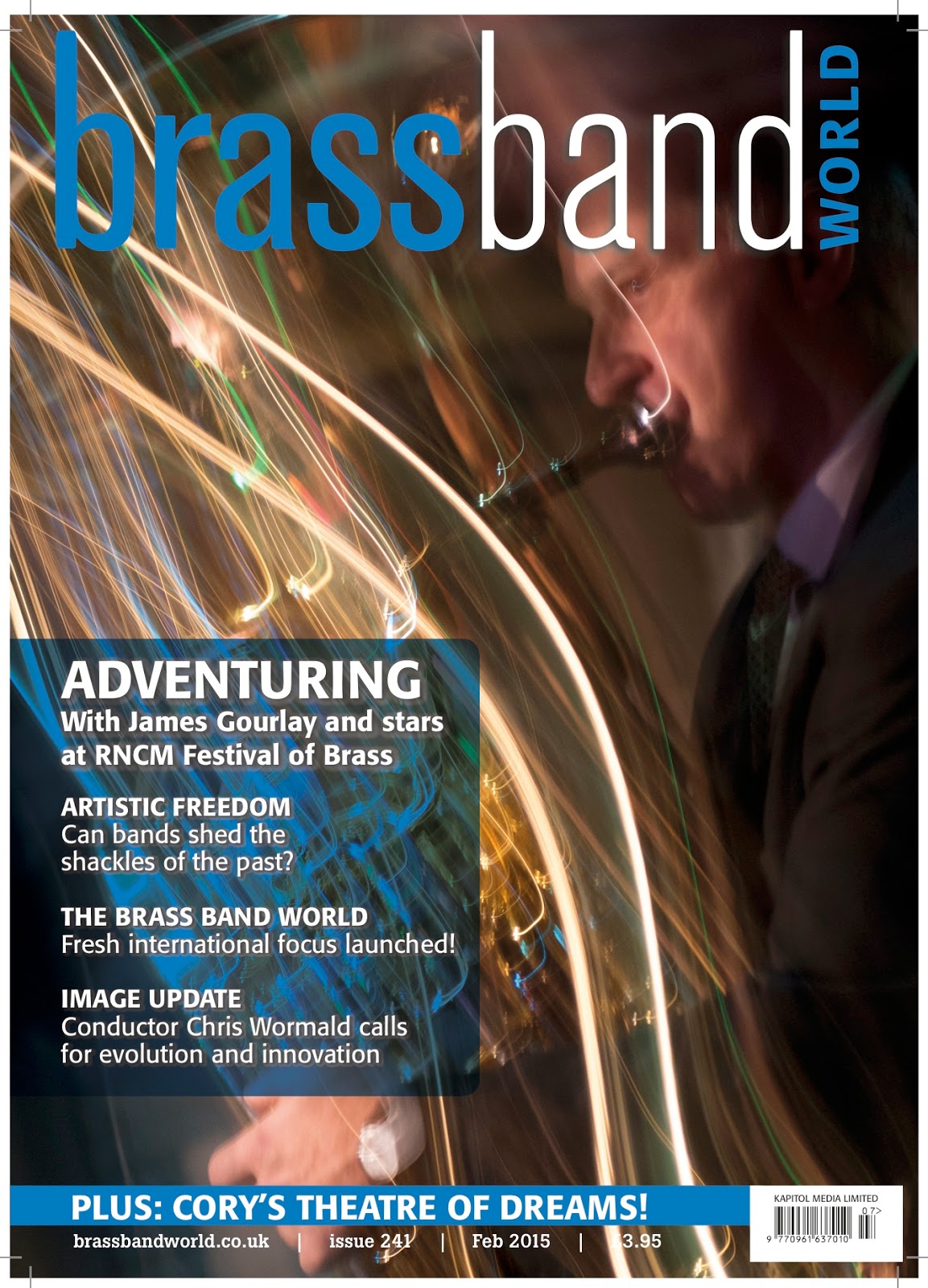 Let's Debate:
Seasoned conductor, Jeremy Wise, looks back on Brass in Concert's experimental mission statement laid on in 2012. Has it resulted in the sense of artistic freedom that they hoped for?

Spirit of Adventure at the RNCM, lead reporter Chris Thomas alongside Christopher Band, Andrew Baker and Ian Clowes recount their adventure in new music at the RNCM Festival of Brass

Know the Score, Dr Stephen Allen pays tribute to the late Ray Steadman-Allen with a study of his 'On Ratcliff Highway', including an additional salute from composer Edward Gregson.

Cory's Theatre of Dreams, meet the Cory Band in their brand new Rhondaa based bandroom.

Order you subscription to the world's favourite monthly brass band magazine by clicking this link: