Straight from the Fire - Kirsty Abbots

Carlton Main Frickley’s lead cornet, Kirsty Abbotts, represents all that is the best in brass banding –
she is loyal, dedicated and secure under fire, and in possession of a rare lyricism that could only have been mentored by the legendary Phillip McCann. Small wonder that she was number 11 in BBW’s top 20 all-time greatest cornet players poll last year. Leigh Baker meets the incomparable Ms. Abbotts. 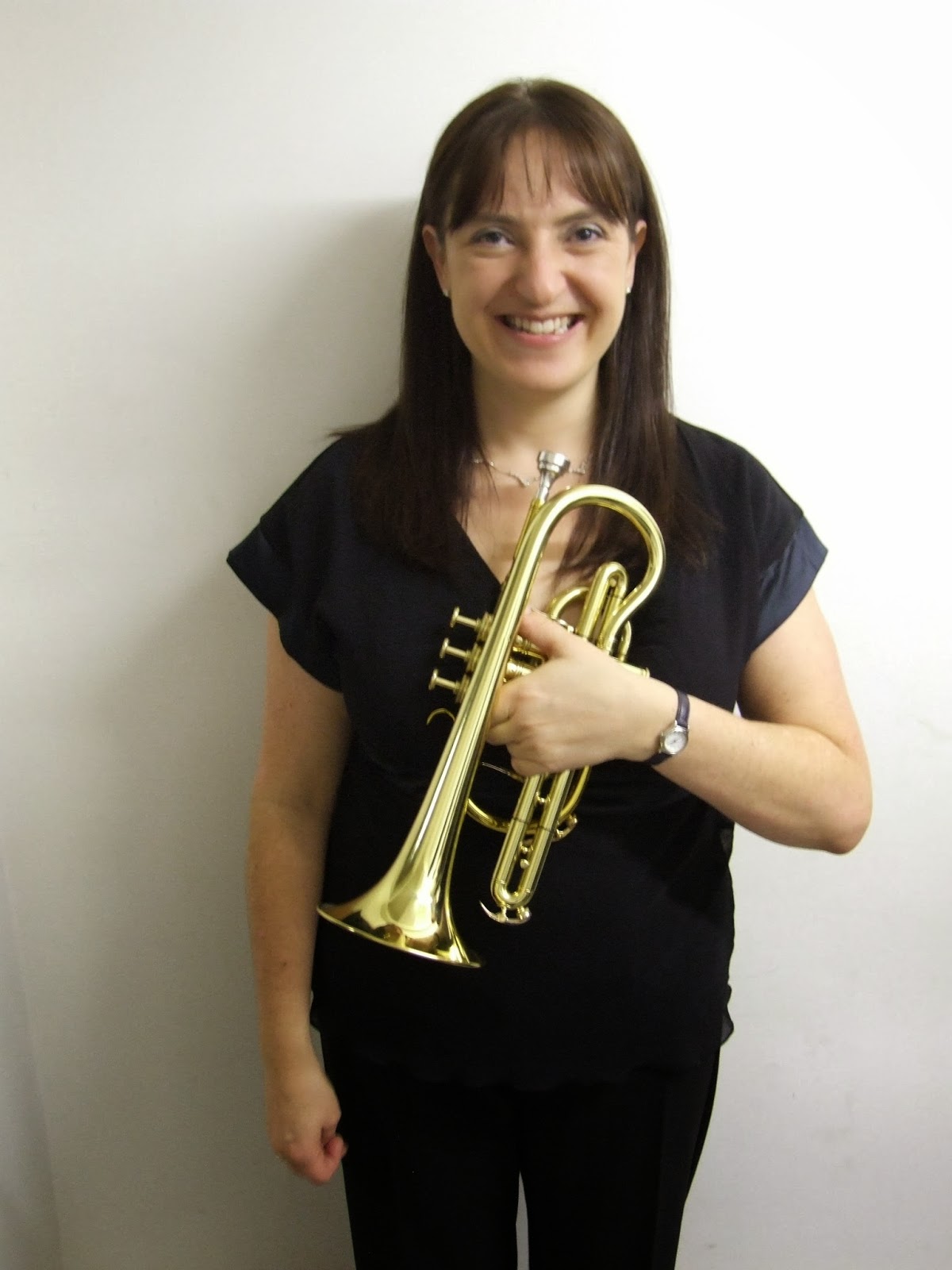 It’s a dreary February evening in the Yorkshire village of South Elmsall when I get chance to sit down and spend some time with one of the most talked about cornet players of her generation. Kirsty Abbotts has been the proud Principal Cornet player of Carlton Main Frickley Colliery Band for 12 years now and we met in the brick band room that is all that remains of the long gone colliery. It’s a building that has been graced by many very fine musicians and is steeped in history, but Kirsty’s rich sound, pure tonal quality and sublime solo performances have been omnipresent features in the band’s recent fortunes. Her consistent application of the highest class of cornet playing has seen her pick up a multitude of awards and accolades, as well as come in at number 11 on BBW’s recent top 20 cornet players of all time poll. Not for Kirsty the over-massaged, egocentric attitude though. A number of our high profile soloists are prone to over-inflated self-promotion, but not Ms. Abbotts - a more down to earth, quietly spoken young lady would be harder to find. “I don’t really know what there is to tell you! I just play from the heart and try my best,” she said.

Kirsty started playing at the age of eight and was already playing the piano, but after listening to her dad rehearsing she found an old cornet in the local band room and begged him to take it home. “Dad said if I could make a sound out of it, I could take it - but I would have to stick at it and learn properly!  I managed to produce a note, so took it home and joined the beginners’ group with Shipston Town Band. At this time my dad, Dennis Abbotts, ran the beginners’ and the Junior Band.”
And so began a remarkable journey. Kirsty’s dad has always been a huge influence in Kirsty’s life and initially taught her. She was then taken for lessons with Denzil Stephens, who at the time lived nearby in Bourton-on-the-Water. Kirsty recalled: “I can’t remember having many lessons with Denzil, but I definitely remember being scared to death!”

Want to read more? Simply subscribe to our March edition using the secure PayPal link above. You'll even receive a 25% online discount!
Posted by Brass Band World at 07:51