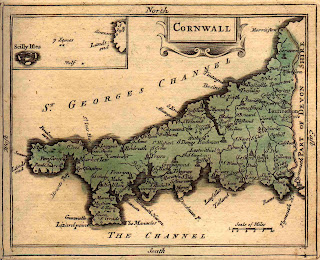 A choice that is always eagerly-anticipated are the tes-pieces for the West of England Bandsman’s Festival each year and those for the 2014 90th Festival on 21 June, when Ian Porthouse will adjudicate, have now been announced.

Once again a judicious choice of old and new, several with local connections, has been made by the Festival Committee.  Since it was commissioned from Simon Dobson by The Cornwall Youth Brass Band in 2008, Penlee has become one of the most played test-pieces and concert items of recent years. Telling the dramatic and heart-wrenching story of the loss of the Penlee Lifeboat, and the freighter - the Union Star and their crews in 1981, it is a particularly poignant piece to be played by Sectin 2 bands.

Section 2 bands will also perform Alleluya, Sing to Jesus (Hyfrydol, arr. Philip Wilby).  Also written for youth bands, Malcolm Arnold’s Little Suite for Brass No.1, has been set for Section 4. The piece was commissioned by The National Youth Brass Band of Scotland, which gave the first performance of the piece in 1963.

Like Malcolm Arnold, Gilbert Vinter had lived in North Cornwall and his Spectrum, set for Section 1 bands, first heard at the British Open in 1969, made an immediate impact with its uncompromising approach. The second piece for Section 1 bands has yet to be decided.

Another piece commissioned by a Cornish band was the three movement St. Austell Suite, chosen for the Festival’s Section 3 and written by Kenneth Downie for the St Austell Band in 1998, which they first performed in The Hall for Cornwall, Truro that year.

The Championship Section will square up to Professor Edward Gregson’s Connotations, first commissioned for the 1977 National Final at the Royal Albert Hall. The second piece for Chamionship Section bands will be the march, The Contestor, by T. J. Powell As usual the Youth and Training Sections have the opportunity to chose their own music to demonstrate their abilities to the best effect.
Posted by Brass Band World at 12:44